Dr Thomas Cheang is an alumnus of the University of Macau (UM), who completed his bachelor’s, master’s, and doctoral studies at UM. He is currently a senior engineer at the Companhia de Electricidade de Macau (CEM), the city’s only electric power utility company. ‘Thanks to the education I received at UM, I have been able to make a contribution to the community with my professional knowledge.’ says Cheang.

A Long Quest for Knowledge

In 1989, after graduating from Instituto Salesiano, a Catholic school in Macao, Cheang enrolled in the electrical and electronic engineering bachelor’s degree programme at the University of East Asia (UEA), the predecessor of UM. Starting in his freshman year, Cheang worked as an intern at CEM during every summer holiday through a training programme jointly organised by the company and the university. Impressed by Cheang’s good performance, CEM hired him as a full-time employee after he graduated from UM in 1993. Despite securing a high-paying stable job after college graduation, Cheang did not stop improving himself professionally. Indeed, he spent the following 16 years pursuing further studies at UM while holding a full-time job. He obtained his master’s degree in 1997 and his PhD in 2009. Working and studying at the same time was challenging, but he managed to overcome all the hurdles with a can-do attitude.

In his PhD programme, Cheang was the only working student. ‘I always went to the library and the laboratory after work late at night,’ he says. ‘I was fortunate to have the full support of my employer and my mentors such as Prof Rui Martins, who provided me with great guidance according to my situation.’

During his interview with My UM, Cheang says repeatedly that he is deeply indebted to his professors, particularly his master’s thesis advisor Prof Zhang Lin Zheng and doral thesis advisor Prof Dong Mingchui. ‘Prof Zhang is an expert in electrical engineering, and Prof Dong is an authority on artificial intelligence,’ he says. ‘Over a decade ago, they foresaw that research on smart city and artificial intelligence would become popular, and encouraged me to delve deep into these fields.’ Following their advice, Cheang completed his PhD thesis titled ‘Math-model-based Machinery and AI-based Diagnostic Technologies for Detecting and Locating the Inner-faults of Three-phase Squirrel-cage Induction Motors’, which was rated by a panel of examiners as ‘excellent’.

Internships Are Vital for Engineering Students

Cheang is a senior engineer at CEM. He holds many professional qualifications, including Chartered Engineer, Chartered Environmentalist and Chartered Building Engineer in the United Kingdom; Registered Senior Engineer in China; and Senior Member of the Institution of Electrical and Electronics Engineers. For his professional contributions, Cheang received the 2016 IEEE Power and Energy Society Outstanding Engineer Award.

Cheang says the UM Faculty of Science and Technology (FST) has nurtured many engineering professionals for Macao through its programmes that provide comprehensive training to students. He encourages students to actively seize the many internship opportunities in Macao and elsewhere in the Guangdong-Hong Kong-Macao Greater Bay Area in order to see the big picture of the engineering field across the region. More importantly, internships allow students to gain practical work experience which is highly valued by engineering firms.

As the first engineer who holds a PhD degree at CEM, Cheang says, ‘Over the years, the top management and my mentors at CEM have given me many opportunities to learn and expand my horizons. I’m most proud of my participation in the bidding, review, design, and testing of the Coloane Power Stations. It gave me great pleasure to contribute to Macao with my professional knowledge.’

As UM is celebrating its 40th anniversary, Cheang hopes his alma mater will become even more international, and play a bigger role in Macao’s transformation into a smart city. He also encourages UM students to learn more about industry trends and set clear career goals. ‘I hope they will find their university study a rewarding experience, make a career in a field related to their studies, and use their knowledge and skills to make a contribution to Macao, the Greater Bay Area, China, and the world.’ 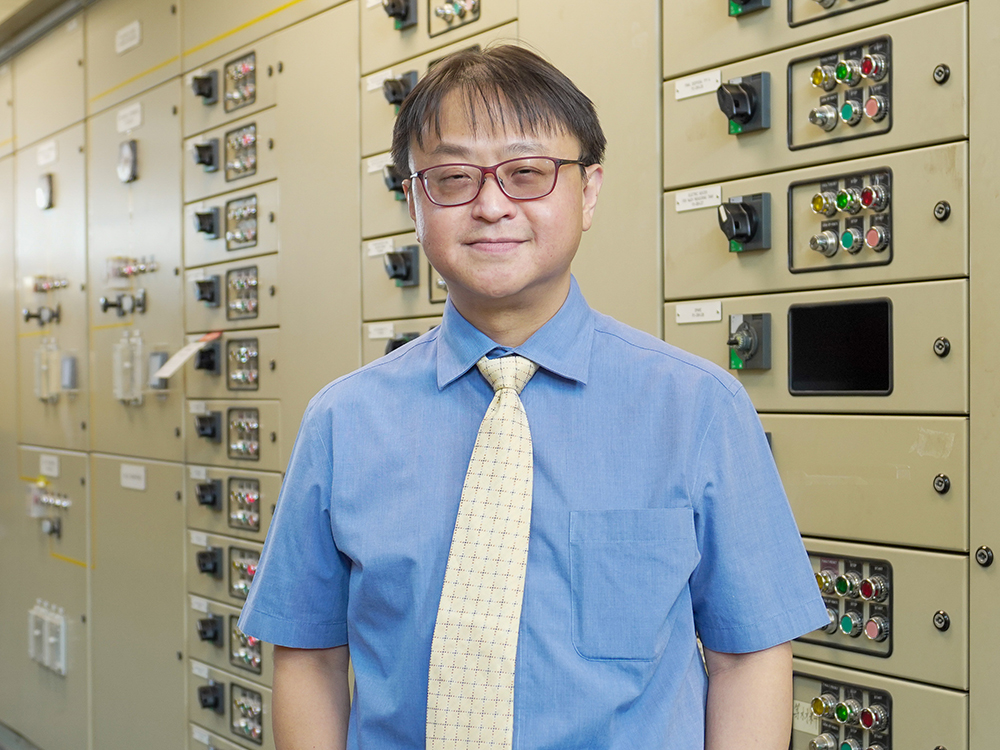 Contributing to the Community with Professional Knowledge 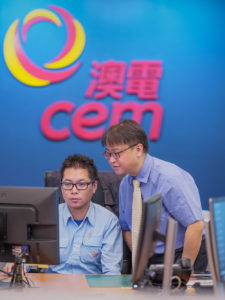 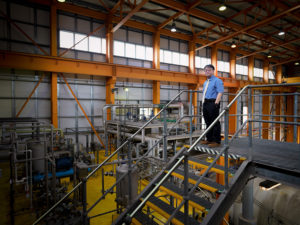 He is currently a senior engineer at CEM
鄭德信現時是澳電的高級工程師