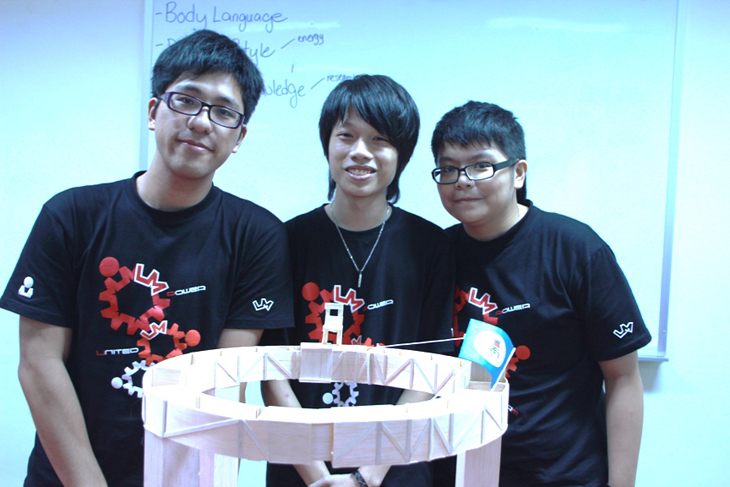 The theme of the competition this year was to design and fabricate a transformable bridge-like walkway consisting of two half-circles, which can be connected to both an S-shape and a circle of the walkway. Both configurations were tested with vertical static loading first and then tested with impact vertical loading. The main materials for fabrication were 1mm thick balsa wood slats and 1mm diameter nylon cords. In the competition, each team was required to submit a report of their structural design first, and then finish the fabrication of their designed model within two and a half days. The prize ranking of the qualified model was then decided based on the total weight and deformation of the structure. The lightest model which also satisfied the deformation requirement set by the organizer received the highest ranking. In this competition, the lightest model was 46g, and the heaviest one was over 300g while the model by the team of the University of Macau was weighted 146g. The team from Monash University of Australia received the first prize, and the team from the University of Macau had the merit prize. Through this competition, not only did the students have the opportunity to meet with students and professors from other universities, it also provided opportunities for students and professors from other universities to get to know more about the University of Macau. The next competition will be held in the Kuala Lumpur Infrastructure University College of Malaysia in 2012.