Geomechanics Laboratory is equipped with facilities for conducting advanced laboratory tests on geomaterials, numerical modeling and field monitoring for understanding the fundamental behavior soils and mechanism of geotechnical structures. With the rapid development of AI and IoT techniques, the lab also aims to support multidisciplinary research on the risk analysis and disaster prevention in geotechnical engineering. Currently, the Laboratory apparatus include unsaturated triaxial system, triaxial/permeability system, field monitoring systems with wired/wireless transmission datalogger, and customized instruments.

This system is designed to test the strength of unsaturated soil and enables variable suctions to be applied whilst providing accurate measurement of soil volume change. It is equipped with bender element system and local strain system. 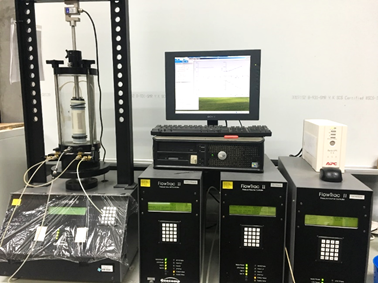 The device is used to determine compression and consolidation parameters of soils with automatic data acquisition. 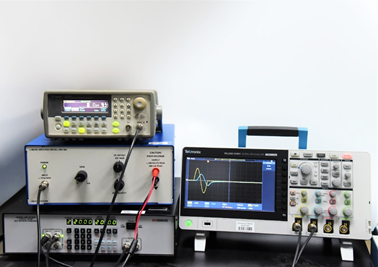 The calibration platform is lab-designed for the calibration of underground deformation measurement sensor, such as a new thin-walled hollow tube with embedded Fiber Bragg Grating (FBG) sensors. The platform can deformate a slender sensor to a certain direction and deformation. 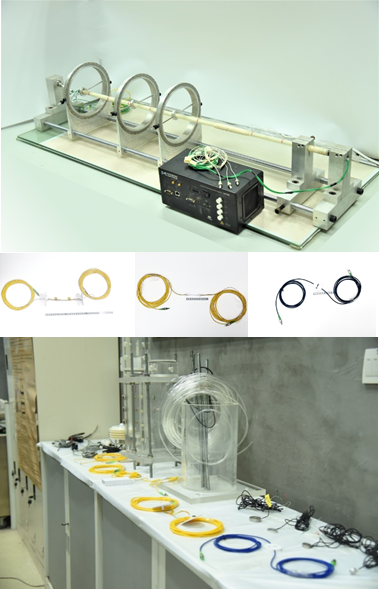 Different types of sensors are employed to monitor the variations of soil properties, vegetation and meteorological parameters, which can be used to analyze soil-vegetation-atmosphere interaction.

The system is used to transmit the data collected from the field monitoring by wireless network, and the data can be obtained by a computer client automatically. 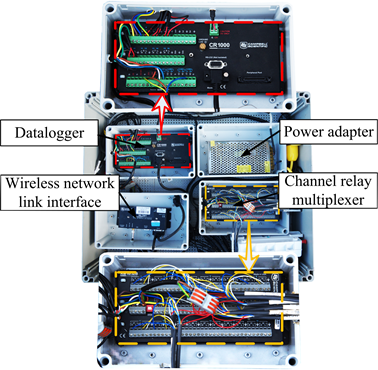 The digital pressure sensing device is used to measure force as a change in electrical resistance at each sensel in real time, which can be represented on the computer screen during loading. The monitoring procedure is realized by using the TekScan sheet sensor on the surface of the sample. 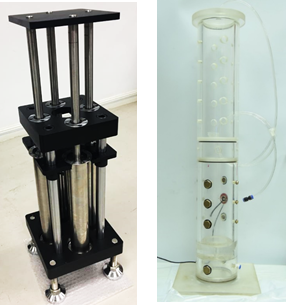 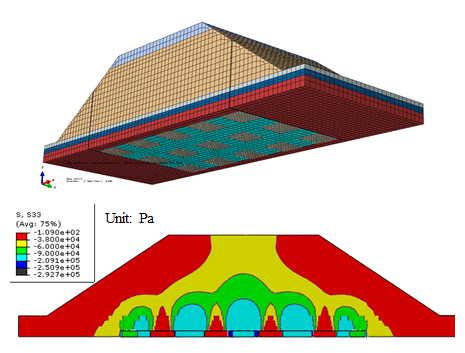 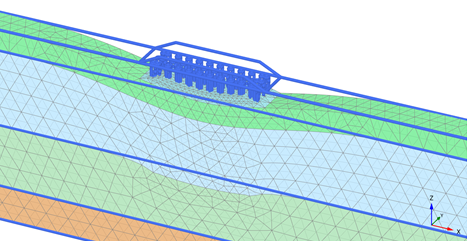 3D model of a pile-supported embankment via PLAXIS